(Note: This blog entry is based on the text “Fixing The Labor Shortage”, originally shared on June 29, 2022. It was the 223rd video for our YouTube Channel, Streams of Living Water (https://www.youtube.com/channel/UCB7KnYS1bpHKaL2OseQWCnw), co-produced with my wife, Rev. Sally Welch.)

We will be celebrating the 246th anniversary of the signing of the Declaration of Independence this coming Monday.

Two hundred and forty-six may seem like a big number, but we are a relatively young country. I read some time ago that almost our entire history can be measured in the lifetimes of five American presidents. Five.

We’ll celebrate it with barbeques and parades, some time off, and maybe some fireworks.

We’ll lift our phones to record those fireworks but, as the meme I saw once said, “’Let’s watch this fireworks video I took a year ago’, said no one ever.”

We will be watching video on TV showing the wildfires that are destroying land and buildings because of someone’s foolish use of illegal fireworks.

Some of us might also take a few minutes to think about how fragile our freedoms are and how a few hot heads can burn everything down.

It’s easy to gather a mob and destroy things built by common consent. It’s hard to build them.

Including the Church. I don’t think that I’ve ever experienced a time when I have been more concerned about the Christian Church, at least in the Western World, when it has been under greater attack from hotheads from both the left and the right.

Today, we see how the first followers of Jesus were called and sent into a hostile world.

Here’s a quick question: How many disciples did Jesus have?

Because we most commonly think of Jesus as having 12 disciples through almost all of his 3-year public ministry. But there were more. Many more.

Our Bible reading for last week from the end of Luke 9 reminded us that, on his way to Jerusalem with his 12 disciples to give his life, Jesus was approached by other prospective followers, and he invited people to follow him, while making sure that they first knew what they were getting into.

10 After this the Lord appointed seventy-two others and sent them on ahead of him in pairs to every town and place where he himself intended to go.

Now, the definition of an apostle is “one who is sent”, so were these disciples or apostles? I’m going with “apostles”, recruited from the second tier of Jesus’ disciples. A disciple is a student. Disciples learn from someone they follow around, at least they did in those days. An apostle goes among the people to tell about the teacher to people who may or may not be prepared to hear it. An apostle needs power.

That’s a lot of people, though. Seventy-two. And he sends them out in pairs for mutual support and encouragement and strength when times are difficult. And as an expression of the living relationship with God that they have in the power of the Holy Spirit.

So, is it odd that he tells them to pray for more, in verse 2,

2 He said to them, “The harvest is plentiful, but the laborers are few; therefore ask the Lord of the harvest to send out laborers into his harvest.

Harvest work is hard. I’ve worked a day as a farmworker picking crops when I was in 6th grade and decided that I didn’t want to do that again. I worked a day or so bailing hay when I was in college. That was not as hard. But it was hard, and I’ve done hard physical work, from factory work to maintaining and repairing railroad lines to Marine Corps training to working in a concrete block factory the year before they automated.

“Many hands make light work,” the saying goes, and “The more the merrier." But I don’t know of any industries right now that have all they workers that they need.

“A local drive-through has a sign in its window that lets patrons know that they are short of staff and asks that they be patient with the workers who are showing up. “No one wants to work anymore,” the sign says.

Last week, I repeated an assignment to use the word “Jesus” in a sentence with someone who was not a member of your church. Did you do it? Was it easy or hard?

Did the experience make it easier to understand Jesus’ statement, “The harvest is plentiful, but the laborers are few?”

Does that even make sense to you? Does it seem like there are a lot of people out there ready and just waiting for someone to come and tell them about Jesus?

No? Me either. What are we missing? What is the key to identifying people who are ready to receive the Gospel and who will respond positively to our invitation?

What was Jesus’ answer to his disciples and apostles? Pray. In fact, the Greek word here for “ask” carries more of the idea of “beg”.

Pray that God, the Lord of the harvest, would send out more harvesters. Everybody can do that work, powered by the Holy Spirit.

Sharing your faith is not always easy. Look at the instructions Jesus gave to these 72 sent ones, in verses 3-11,

3 Go on your way; I am sending you out like lambs into the midst of wolves. 4 Carry no purse, no bag, no sandals, and greet no one on the road. 5 Whatever house you enter, first say, ‘Peace to this house!’ 6 And if a person of peace is there, your peace will rest on that person, but if not, it will return to you. 7 Remain in the same house, eating and drinking whatever they provide, for the laborer deserves to be paid. Do not move about from house to house. 8 Whenever you enter a town and its people welcome you, eat what is set before you; 9 cure the sick who are there, and say to them, ‘The kingdom of God has come near to you.’ 10 But whenever you enter a town and they do not welcome you, go out into its streets and say, 11 ‘Even the dust of your town that clings to our feet, we wipe off in protest against you. Yet know this: the kingdom of God has come near.’

The modern hospital is an invention of the Christian faith. There had been centers for healing before the Christian era, but they were for the elite rich, the military, or for workers in a temple. The modern hospital serving all who are in need began during plague times in the early part of the Christian era. Anybody in the Roman Empire with any money in those years had a little house outside the city. They would go there when plagues came to their cities, while Christians would stay and, with great risk to themselves, would care for the sick and dying. Everybody. That made a deep impression on people.

Jesus’ instructions to the 72 was to follow their healing with the words, “The kingdom of God has come near to you.”

That was the hard part. Everybody wants free services, but not everybody wants to hear the sermon, the good news about the source of all power.

When you go to someone, understand that you won’t always be welcomed. Some hearts are hard. You’ll know who God is sending you to by their reception of the good news you have to share. People who don’t know that they need it are not going to receive it. And, if they don’t, move on!

17 The seventy-two returned with joy, saying, “Lord, in your name even the demons submit to us!” 18 He said to them, “I watched Satan fall from heaven like a flash of lightning. 19 Indeed, I have given you authority to tread on snakes and scorpions and over all the power of the enemy, and nothing will hurt you. 20 Nevertheless, do not rejoice at this, that the spirits submit to you, but rejoice that your names are written in heaven.”

Every one of us has a reason to be thankful today. Every one of us who has received the gifts of faith and baptism are members of the Body of Christ, the Church, because of a line that runs for hundreds, thousands of years of people who have said yes when God sent them to work in the harvest, to leap out of their comfort zones and into service as an apostle of God.

We pray for one another every Sunday in our churches. Let us also pray that God would raise up laborers from among our members and beyond to reach out to those who have yet to hear the Gospel, the Good News of Jesus Christ!

How can we possibly do this? Not on our own, but in the power of the Holy Spirit in whom we receive our identity as a new creation, born again, as God’s people.

You’ve probably heard about the long lines and cancelled flights at our airports because there aren’t enough laborers to staff all of the jobs needed to move large numbers of passengers from one place to another.

I remember hearing about an airport where a flight had been cancelled and all the passengers were instructed to go to another gate and be registered for another flight.

There was a long line, but it was moving, and people were being patient and were being served, and the single clerk at the desk was doing the best that she could.

At one point, a man came charging up to the counter from the back of the line and interrupted the woman behind the desk.

He said, “Look, I need to be on this plane. I need to be sure that I have a seat. I have a very important meeting at a very specific time. I need a ticket now!”

The clerk said, “I understand that sir, and you will have a seat on this plane. But you’re going to have to be patient and wait your turn, like everyone else.

The man said, “I don’t have time for that. I need a ticket for this flight, and I need it right now!”

The man glared at her and said, “Do you have any idea who I am?”

The man turned beet red and turned around and walked back to the end of the line.

Do you know who you are? You do know because you know whose you are. You are a made-new power-filled child of God. Use the gifts that God has given you to share the Good News you have first received from God in the presence and power of the Holy Spirit. 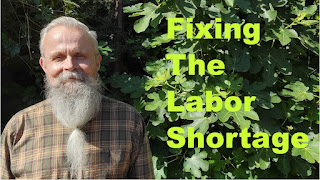 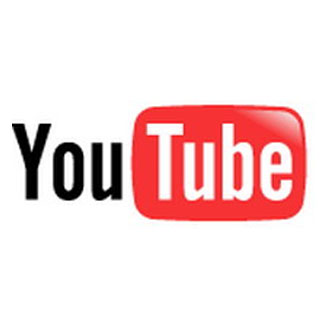 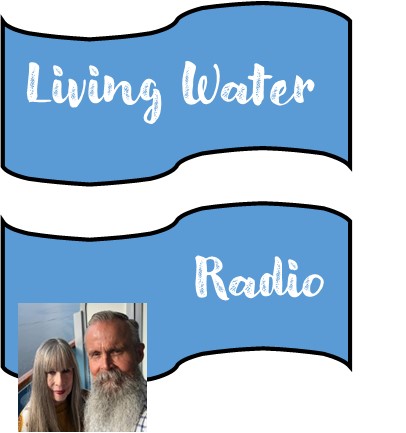 Click here to go to our podcast, now in early development.

Pastor David Berkedal
I am a husband and father, a former Marine, and played drums in jazz bands for many years. I hope this blog is useful to you. Please add your thoughts and questions in the comments section below.